On November 4th, 1979 52 Americans were taken by Iranian students at the U.S. Embassy in Tehran. President Jimmu Carter's reaction was to allow Iran's Shah come to US for cancer treatment because he had recently been expelled from his country which stopped him from doing the treatment. Carter later figured out the hostage-taking was not about the Shah's medical care but a way for the Iranian students to declare an end to Americas involvement with their countries actions.
The hostages were  first held in rooms at the Embassy but after several rescue attempts they were all moved to separate parts of Iran. They were first put in the foreign ministry which had beds and sinks to wash their clothing. The second place they were kept was at several prisons in Tehran. This is where they spent most of their 444 days. This made it impossible to escape and impossible to rescue even if the US found the location because of the high amount of secruity. The final place they were kept was the Teymour Bakhtiari mansion. They were there from November 1981 untl their release. There they were offered showers, tubs and hot/cold running water.
The Iranians claimed their capture was a non violence symbolic action and the prisoners were highly respected and treating like guests. Ali Agha an Iran charge d'affaires told an American representative "We are not mistreating the hostages. They are being very well taken care of in Tehran. They are our guests." The Americans told a completely different story. They said they were beaten and there things were often stolen. They also described a time when they were forced to stand infront of a large angry crowd, blindfolded. "In that moment, I was scared for my bodies well being"said one of the hostages. For most of the 444 days their hands were bound and held in solitary confinement with no lights. They weren't allowed to speak or move unless they had to use the bathroom. They were often threatened with excecution and took the threats very seriously.
Most of the hostages were held for 444 days, 13 women and African Americans were let go halfway through the year of 1979. The 13 hostages told the US that the Iranians were sympathetic towards minorities. Later in 1980  a man was released because he grew gravely ill. The rest of the hostages were held until 1981 when they were let go.
On January 20th, 1981 less than an hour after Ronald Reagan's inaugural speech was made the rest of the hostages were released. Many people believe that the many failed attempts to rescue their people was one of the reasons Carter was not re-elected.
During the years of capture all leading to 1981 America was both negativly and postivly impacted. The American citizens all felt a stronger bond and unitation during the hostage. Some claimed to feel a "a surge of patrioism". During the summer of 1979 students across the country made christmas cards for the prisoners, some were successfully delivered. On November 12th, 1979 all oil imports in Iran were ended as well as 8 billion of Iran's assets in the US were frozen. Racism against Iranians in the US turned dangerous. All of this aftermath highly influenced the year of 1981. 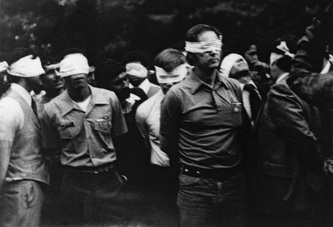 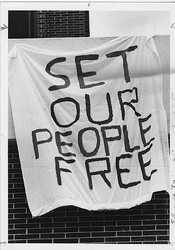